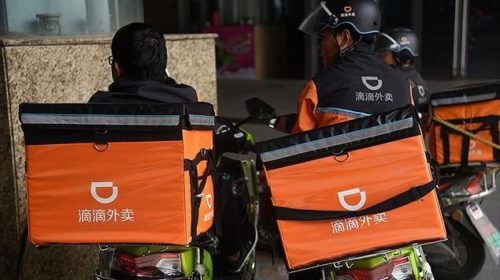 On June 25th,2018， Didi started food delivery service in Chengdu, which is the fourth city following the landing in Wuxi, Nanjing, Taizhou.

Good news is that new users can receive new user’s  coupon total worth 50 yuan. Meanwhile its food-delivery rivals are not sitting idly by. Alibaba-owned Ele.me and Tencent-backed Meituan moved quickly to engage in the subsidy battle and they both launch different coupons to attract users. Such was the case with ride-hailing before Uber stopped competing against local rival Didi and became a stakeholder instead.

Here is what I paid for a cup of fresh juice from a restaurant called O2Drinksfresh. It was 22.5 yuan including delivery fee at first, it became 1.5 yuan with the discount from the seller and new user’s coupon, nearly for free.

For the time being, users could order food directly from Didi Chuxing.  While as we notice that its food-delivery service is only available in Chinese version. So you may need to switch it into Chinese as following.

Go ahead, get some food for yourself and enjoy